Taking Latin America & the US

by storm with his “Pa’ Mi” remix, Dalex is Pre-selected for

“The original, produced by Dimelo Flow, was good; the remix is even better” – Rolling Stone

Miami, FL. (March 13, 2019) – After recently charting #7 on  Spotify’s Global Viral Chart with “Pa Mi (Remix)” , DALEX has been pre-selected for Midem’s Artist Accelerator Program, which aims to grow the profiles of artists globally through masterclasses and networking sessions with leading industry players. The 11 promising artists picked by an elite Artistic Committee will participate in the conference and get to play live on the beautiful beach of Cannes.
Midem is the leading international event for the global music community with educational panels, mentoring and networking opportunities and a trade show that caters to artists, producers, music executives, labels and publishers. Midem will take place a the Palais de Festival in Cannes, France on June 4-7 2019.
Listen to the playlist of pre-selected artists including Dalex here!
As Dalex’s most recent release under the Rick Music label, “Pa’ Mi (remix)” ft. Rafa Pabón, Sech, Cazzu, Feid, Khea and Lenny Tavarez has become a viral success. The remix has charted #1 in 10 Latin American countries like Panama, Costa Rica, Colombia, El Salvador, Bolivia and Paraguay among others on Spotify’s Viral 50 chart and is #1 in 4 Latin American countries on Apple Music’s Top 100 chart.
Last Sunday, Dalex was part of the historic annual Carnaval Miami in Calle 8where he performed on the Tu 94.9 FM / iHeart Latino stage. Dalex surprised fans by joining Colombian artist Feid and Sech to perform a veresion of “Pa Mi (Remix)”, where they were joined by fans who sang along.

Dalex on the iHeart stage at Carnaval Miami

The original version of “Pa ‘Mi” with Rafa Pabón was the first single of his Extended Play (EP) “La Nueva Ola” which became an instant hit. The success of the EP prompted the recording of “Pa ‘Mí (Remix)”, a song that only FOUR WEEKS of its release has more than 47.1 million views on YouTube.

“Song You Need to Know: Dalex and Rafa Pabón’s ‘Pa Mí’ Remix”
“The original, produced by Dimelo Flow, was good; the remix is even better”
LISTEN TO THE OFFICIAL AUDIO HERE: 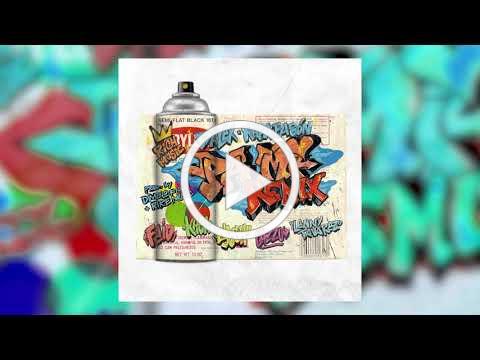