Ballad written by the Mexican singer and composer Joss Favela

(Miami, FL. February 12, 2019) In just days before the full release of her highly anticipated album, “ilumiNATTI”, the most watched female artist on YouTube, Natti Natasha surprises her fans with the launch of the most personal acoustic ballad of her album “La Mejor Versión de Mi.” 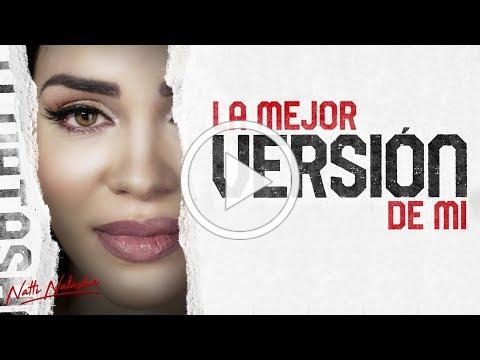 “La mejor versión de Mi” is the most personal acoustic ballad of the album. The music video focuses on Natti’s face completely devoid of distractions. The song written by the Regional Mexican artist and composer, Joss Favela, speaks of an empowered woman who can now enjoy life more after going through hardships. This ballad completes the entire album which will be released this Friday, February 15. The album under the record label Pina Records is available for pre-sale on iTunes and pre-save Spotify.

The most nominated artist for Premio Lo Nuestro 2019, Natti Natasha, who has blessed us with hit after hit, is recording the music videos of the other songs of her album.

Her song “Criminal” with Ozuna released in 2017 earned her the titles as the most watched female artist on Youtube in 2017 with over 1 billion views and was in the top 10 of the most watched Youtube videos of 2017. “Criminal” was also favorably positioned on the Billboard Hot 100 and # 5 on Hot Latin Songs. She also reached#1 on Spotify in over 11 markets. Recently, Natti teamed up with Daddy Yankee, Bad Bunny and Becky G for “Dura Remix.” Natti also collaborated with Becky G for “Sin Pijama” and on Thalia’s single “No Me Acuerdo.” Earlier in 2018, Natti released “Amantes De Una Noche” with Bad Bunny and collaborated on “Tonta” with RKM and Ken-Y, both released under Pina Records. Other notable hits include songs like “Crazy In Love” with Farruko, “Dutty Love,” with Don Omar, and “Otra Cosa” with Daddy Yankee. At the end of 2018 Natti released her most recent single and music video “Me Gusta” written by Latin Grammy® winner Daddy Yankee and 2018 Latin Grammy® nominee Justin Quiles.