“Con Calma” is the #1 song in seven countries

Daddy Yankee‘s new Smash Hit “Con Calma” is also the most played song in 7 countries as reported today by Monitor Latino. The report is the total sum of all radio plays in Latin America and US Hispanic Market. The song is #1 in Uruguay, Paraguay, Panamá, Puerto Rico, Bolivia, Dominican Republic and Honduras. In United States the track continues to climb this week at #3 as reported by BDS.

The hit video reached the throne with 58.2 million streams it received during the February 22-28 tracking period. With over 71 Million streams on YouTube “Con Calma” is the #1 Global Top Song on YouTube charts taking Daddy Yankee to the Top 8 Most Viewed Artist on the platform Globally. The reggaeton track has reached the #3 most played song on Spotify’s Top 50 Global Charts and the #1 on Spotify’s Top 50 Most Viral Global Charts. The video has surpassed 247 million views in 34 days.
“Con Calma” is an uptempo dancehall reggaeton track and a remake of 1992’s Hot 100 #1 single “Informer” by Snow. The new version is written by Raymond Ayala (Daddy Yankee), and Darrin Kenneth O’Brien “Snow”. The single was produced by Juan Salinas and Oscar Salinas “Play & Skills” and co-produced by David “Scott Summers” Macias and Juan G. Rivera “Gaby Music”. 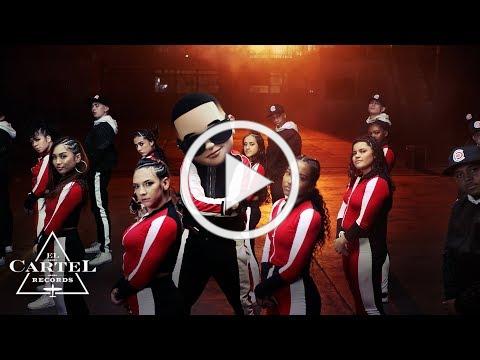 About Daddy Yankee
Hailed from Puerto Rico, DADDY YANKEE (Raymond Ayala) remains one of the most recognized and influential names in the music globally. He was named one of the most influential Hispanics in the world by both CNN and Time Magazine. He has sold over 17 million albums and over 60 million fans combined on his social networks. Daddy Yankee is considered the King of Reggaeton and a Global Music Icon and continues to reign with the recent global success of “Despacito”, which was named the most streamed song and the most watched video of all time. Most recently his latest single “Dura” was the #1 Most Watched Video on YouTube Globally by a solo artist and #4 . He was also named Billboard Magazine’s Top Latin Artist of 2017 and in October 2018 was Awarded with an Icon Award by the Latin American Music Awards and 10 Guiness World Records. Other global hits by Daddy Yankee are “Gasolina”, “Rompe”,  “Limbo”, among others. He is also the only urban artist with 63 charted hits on Hot Latin songs. on the Hot 100 chart, Daddy Yankee, ranked a total of 10 charted titles, one of which hit No. 1:
“Despacito” peaked at No. 1 on the May 27, 2017-dated list, ruling for 16 consecutive weeks.
###
Media Contact for Daddy Yankee:
Nevarez Communications
Mayna Nevarez
305-591-3571
press@nevarezpr.com
Follow Daddy Yankee on Social Media